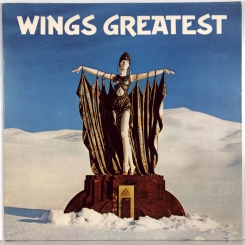 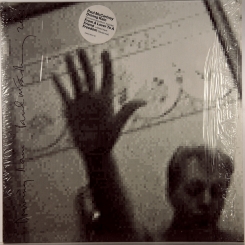 MCCARTNEY, PAUL-DRIVING RAIN-2001-FIRST PRESS UK/EU-MPL PARLOPHONE - 724353551018. Mega rare original in new condition.Driving Rain is the twelfth solo Studio album by Paul McCartney, recorded and released in 2001. This is the first album after a public announcement about the relationship McCartney to former model and activist against landmines, Heather mills, whom he married in 2002. Album cover made based on a photo taken Floors, built-in camera of his wristwatch. Two songs in the album are co-written Floors and his son James.The album Driving Rain was released 12 November 2001; the reviews were mostly very good, but many were struck by the low number of sales, especially considering that the previous album McCartney with "svezhenanesennyj" songs (and not as Run Devil Run, which were recorded mostly rock-n-roll of the late 1950-ies), Flaming Pie, got to the list of top 20 albums both in the US and UK. Perhaps due to the fact that it was not released hit single to support the album, Driving Rain got in the British albums chart is only up to the 46th position[9] and became the most poorly sold album McCartney in the UK. The public reaction in the U.S. was a bit better, though without enthusiasm, and the album climbed into the American charts until the 26th position and was certified gold. In the United States in support of the album was not released a single single with "hit" song. ...more 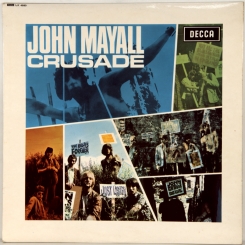 MAYALL, JOHN-CRUSADE-1967-FIRST PRESS (MONO) UK-DECCA-LK4890. Matrix A-1A/B-1A. Very rare original cult Blues rocker. Since the release of the previous album A Hard Road in the composition of Bluesbrakers there have been noticeable changes: Peter green went to collect his own band (Fleetwood Mac), and Ainsley Dunbar went to Jeff Beck. The vacant position of drummer John Keefe took Hartley's, and replacing the lead guitarist was more difficult - because the new musician would have to withstand the comparison with Clapton and green. John recalled that on one of concerts when Eric for some reason didn't show up on time, came a young boy who claimed to know the entire repertoire of Bluesbreakers. Have Mayola there was little choice, and he invited the young guitarist to the stage. He demonstrated a good knowledge of the material and excellent technique, and John was impressed with his game. But after the concert the boy left without giving their coordinates. Now Mayall wanted to find this musician, and in the end was able to do this by placing an ad in Melody Maker. So the group came to Mick Taylor, inclined more to Blues-rock, and not pure Blues. The group was expanded by the involvement of two saxophone - Chris Mercer tenor and Rip Kant on the baritone. This sextet went into the Studio on 11 and 12 July to record a new album that was produced by Mike Vernon, and as the engineer was again observed Gus Dudgeon. ...more 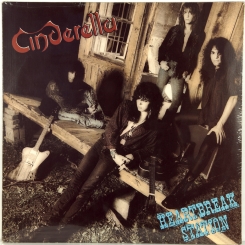 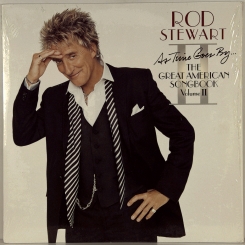