ERUPTION-ONE WAY TICKET-1978-FIRST HOLLAND PRESS-HANSA-200213 Rare original cult album disco. In the Netherlands the issue of the original has passed with modified cover art and album title for marketing reasons. One Way Ticket — the band's song "Eruption" from the album Leave a Light (1978). In Russia and countries of the former USSR also known as the "Blue frost" or "Blue song". The prominence the song received the British disco band ERUPTION for their second album, "Leave a Light". In the first half of 1979, the song became a European hit, topping the charts in Austria and Switzerland. 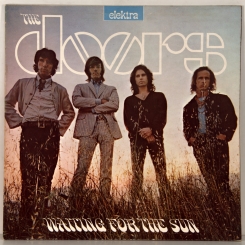 DOORS-WAITING FOR THE SUN-1968-FIRST UK PRESS-ELEKTRA-EKS74024. Of The Matrix A-1/B-1. Mega rare original British cult album. Waiting for the Sun is the third Studio album by American rock band the Doors, released in July 1968. The disc recorded in the Studio sunset Sound (Los Angeles). Originally it was planned that it will be based on 25-minute composition "The Celebration of the Lizard" ("the praise of the lizard"), but after listening to the recorded material, which was satisfied only Morrison, this idea had to be abandoned. The plate also not included, and the title song, defected in the album Morrison Hotel. While working on the album Morrison was often drunk than infuriated producer Paul Rothchild. Despite its unevenness, and a barrage of criticism, the album reached the top spot in the national hit parade. ...more 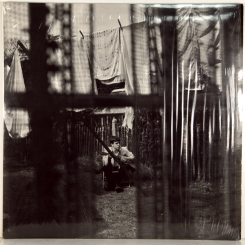 MCCARTNEY, PAUL-CHAOS AND CREATION IN THE BACKYARD-2005-FIRST PRESS UK/EU-PARLOPHONE -094633795815.Mega rare album as a complete package (posters).Chaos and Creation in the Backyard (Rus. Chaos and creation in the backyard) is the thirteenth solo Studio album Paul McCartney, released in 2005. The album, recorded quite a long time (compared to previous albums McCartney — for example, Run Devil Run, Driving Rain or, in a few weeks), was produced known for his collaboration with Radiohead producer Nigel Godrich, with the support of George Martin. The album was released on 12 September 2005. Many reviews from critics were very friendly and noted that after the release one by one the last four albums Flaming Pie, Run Devil Run, Driving Rain and Chaos and Creation in the Backyard — McCartney is again at the peak of his creative career. Many critics and listeners with the experience indicated that this album was unusual for McCartney his reflection and "intimate" sound. An unexpected change of direction in style was seen also as a pleasant surprise. As a result, the album was nominated for a Grammy award in three nominations, including "Best album of the year" (the award but none of them got).In the US the album debuted in the Billboard 200 on the 6th place with the number of sales for the first week 91,545 copies. In the UK the album also hit the top ten, having been on the charts for 3 weeks. According to EMI, the album was sold worldwide in quantities of about 1.3 million copies. ...more 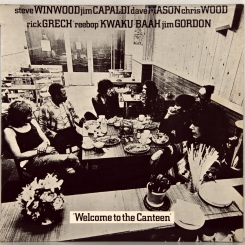 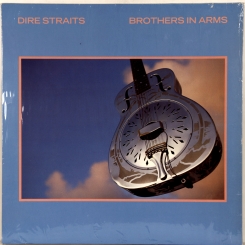 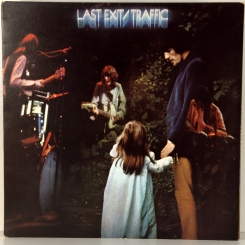