ENYA-THE CELTS-1992-FIRST PRESS UK/EU-GERMANY-WARNER-WX498/4509-91167-1. A rare original of the iconic singer from Ireland. "The Celts" is a song from her 1987 album Enya. It originally served as the B-side to the single "I Want Tomorrow", released in 1987. When the album was re-released in 1992 and renamed The Celts, the title track was released as an accompanying single, peaking at number 29 in the UK.]

Sung entirely in Irish, it became the leitmotif of the 1986 BBC documentary Celts . 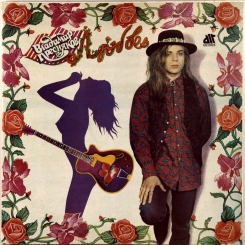 VLADIMIR PRESNYAKOV AND THE CAPTAIN-LOVE-1991-FIRST PRESS RUSSIA-ALT-C60 31613-4.  A rare early album by Presnyakov with the band Kapitan.  ...more 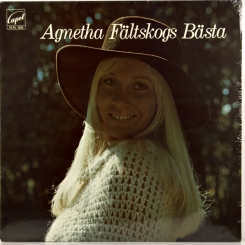 AGNETHA FALTSKOGS (PRE-ABBA) - BASTA-1973 - FIRST PRESS SWEDEN-CUPOL-CLPL1023. A very rare original solo album by Agnetha. The album is a compilation of the best tracks and singles of the period of his solo career ...more 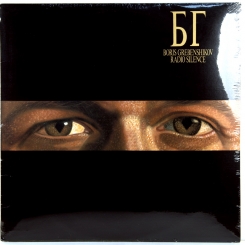 BG (BORIS GREBENSHIKOV) - RADIO SILENCE-1989-FIRST PRESS-YUGOSLAVIA-MK/CBS-MKA1001. A rare original album by Boris Grebenshchikov released in Yugoslavia under the brand "International Book" as an export variant of Russia. Radio Silence is the first solo studio album by Boris Grebenshchikov (BG).Recorded in 1989 in the US, UK and Canada. The album peaked at # 198 on the Billboard 200 chart. ...more 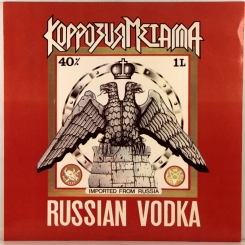 OMEGA (RED STAR)- FROM HUNGARY-1968 UK FIRST PRESS-DECCA-SKL4974. Matrices A-1W/B-1W. Mega Rare is the first album recorded in English and released in England.  500 copies of stereo and mono were released. In 1968, the manager of the British band "Spencer Davis Group" invited me to visit the UK with several concerts.  The Omega was allowed to leave without question. At that time, the band already had quite a lot of song material, which they played in front of English listeners in London and elsewhere. One of the concerts was attended by two friends-guitarists – the legendary George Harrison and Eric Clapton. They suggested that Omega record at Abbey Road Studios, which they did. The recording lasted for three days. The album was released in the same year on the label "Decca", and was so successful that the group was offered to record another album without leaving the box office. But the authorities in Budapest got wind of this and ordered the second album to be released in Hungary, otherwise the band would never be released abroad again. I had to comply and record the album at home in Hungarian. It included less than half of the tracks from the English album, and even then heavily reworked, and the rest of the material was completely different. The CD turned out to be very successful and sold 100 thousand copies in Europe – at that time it was a record compared to even some famous Western bands! ...more