C - RIVER BRIGADE-1993-FIRST PRESS RUSSIA-FEE LEE-FL3024. A rare original of the cult album.  In the summer of 1992, the band recorded the album "Rivers". However, in parallel, the participants were preparing a large-scale action "All this is rock and roll" with the participation of Russian rock stars, so the new work of the musicians was sold only in the spring of 1993. The concert presentation of the album "Rivers" was held in the legendary Gorbunov Recreation Center. "Brigade C" presented its CD for three days — on April 28, 29 and 30. Shortly after this event, the band officially ceased to exist, and Garik Sukachev announced the creation of a new project — "Untouchables". The album was released by FeeLee. The record was released on vinyl records in an edition of 5,000 copies.Relative to the previous works of the band, even with the traditional "brigadovsky" drive, the album "Rivers" came out somewhat tired, calm and beautiful, its songs-piercing and dramatic. In its own way, it was a farewell to the old time and the old team. A characteristic feature of the album is also the noise space between the compositions, provided by the tone studio of the Mosfilm film company and consisting of various sounds of wildlife. Most of the submitted songs are still being rotated on radio stations. 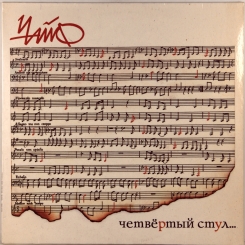 CHAIF-THE FOURTH CHAIR-1992-THE FIRST PRESS RUSSIA-FEELEE-FL 3 005. A rare original of the cult Russian blues-rock band. The Fourth Chair is the sixth studio album by the Russian band Chaif. The album was recorded in 1991 in Perm at a film studio under the guise of the soundtrack to the film of the same name based on a script by Tonino Guerra, which was never filmed. ...more 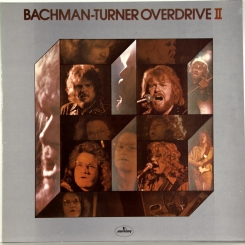 BACHMAN-TURNER OVERDRIVE-BACHMAN-TURNER OVERDRIVE II-1974-FIRST PRESS UK-MERCURY-6338482. A rare British original in archival condition.Bachman-Turner Overdrive II is the second album by Canadian rock band Bachman-Turner Overdrive, released in 1973. The album features the well-known single "Taking' Care of Business"." Although the song never reached the top 10 of the US singles charts (peaking at number 12 on the Billboard Hot 100 in 1974), it became one of the band's most enduring hits and remained on the Billboard chart for 20 weeks.[3] The album also produced another hit single, "Let It Ride", which peaked at number 23 on the Billboard chart. Both singles would reach # 3 on the Canadian charts . ...more 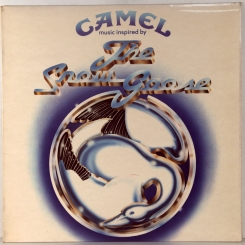 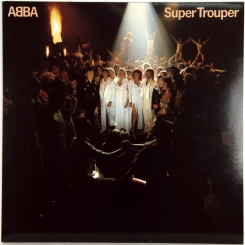 ABBA-SUPER TROUPER-1980 - THE FIRST PRESS OF SWEDEN-POLAR-POLS322. A rare Swedish original of the cult album. Super Trouper is the seventh studio album by Swedish band ABBA, released in 1980. It became the band's sixth album to top the UK charts, as well as the top selling album in the UK in 1980. In Europe, the album took places from 1 to 5 in all countries of the continent, instantly became multi-platinum. ...more 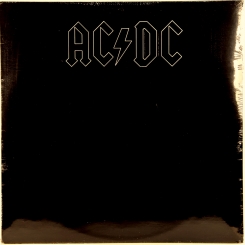